Send details and pictures for a prompt price quote and to arrange speedy pickup and payment. Reliable service guaranteed.

By 2050 there will be more plastic garbage floating in the world’s ocean than fish swimming in them.

This shocking conclusion was recently published by The World Economic Forum.

I have learned during my thirty years in the plastics recycling business that the best solution is usually the simplest.

On land we burn trash to make electricity. My solution to the marine plastic pollution problem is the same, and not to reinvent the wheel just because the problem exists at sea as opposed to on land.

The ocean’s plastic pollution remediation process I propose consists of the following:

As seaweed and barnacles attach to the plastic it is beginning to sink and it also degrades and falls apart.  Much of the Great Pacific Garbage Patch is not visible and is floating 3-5 feet under the water’s surface. These polymer pollutants can be scooped up out of the water the way netters round up and catch large schools of eatable fish with mile long nets.

The urgent problem is that the sun and salt is rapidly breaking down floating plastic into small particles and it’s starting to float around the world. As this continues and increases it then is impossible to collect. The small particles are then ingested by birds, fish and mammals and many seabirds and turtles have plastic in their stomachs now.

Most plastics are not compatible with one another and there is more than enough mixed plastics on land now to make recycled plastic products such as lumber, pipes and nursery products. There is a glut of mixed plastic material resources already around the globe. It is entirely unrealistic to project that the difficult to sort and reprocess commingled plastic harvested from the Pacific is going to be sold and used, therefore it must be used to fuel power generating turbines.  Another viable option for marine plastic debris is converting it into fuel with plastic to fuel (PTF) technologies, which has been accomplished on land for many years. Thetechnology for both processes is readily available and currently commercially utilized and once again large factory ships could be retrofitted as on-site ocean going recycling plants. The ships could be powered by the fuel they recycle and sell off the surplus at profit to perpetually fund the operation.

It is time that “We the People” of the planet champion this cause that is literally threatening our very survival on Earth. Plastics for packaging and consumer products are two of the fastest growing industries in the world. Take a look in any store – just about everything is now individually packaged and wrapped for single use. It’s hard to find a product that does not contain plastics or is all plastic. Much of it is ending up in our oceans and only after we use it one time! Plastics make our life better but, at the same time, we must take responsibility for its environmentally safe disposal and recycling, post use.

As producers and consumers of disposable plastics products that are now choking our life-giving seas to death, we must act fast as a civilization to solve this problem. Every day we delay it gets horribly worse and harder to solve.  No person or plastics company can pass the buck any longer. 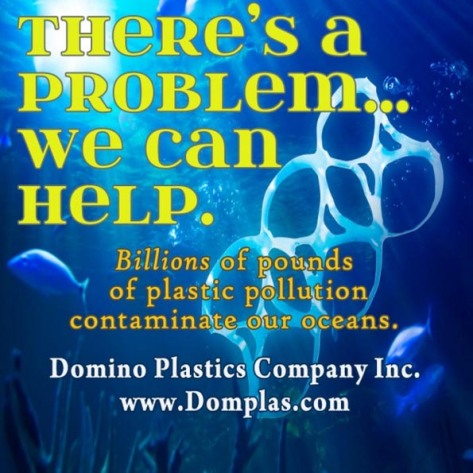